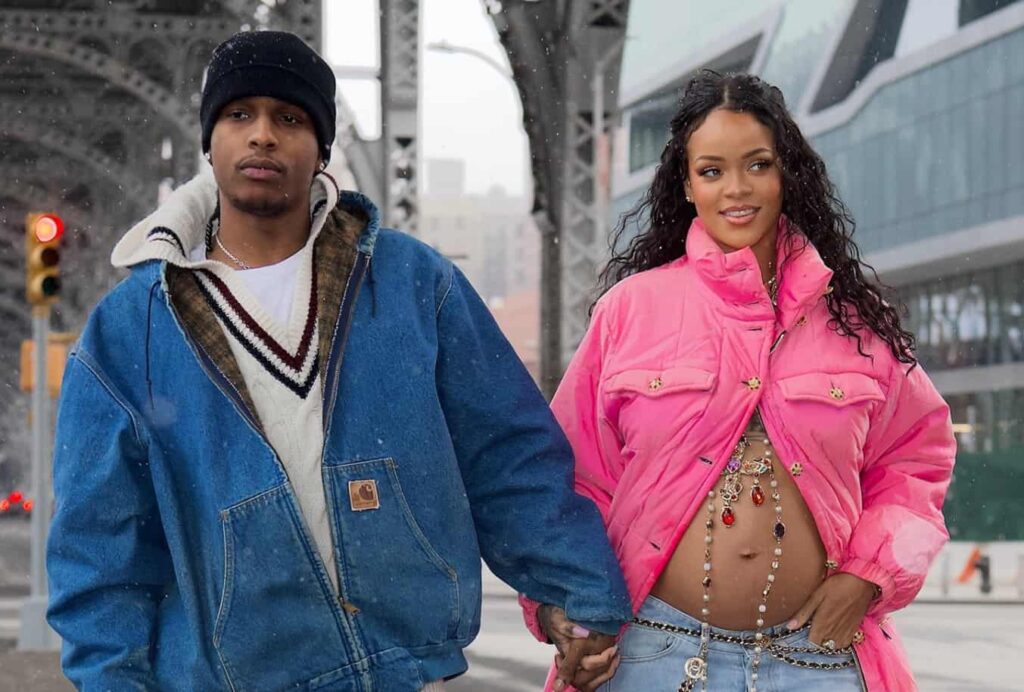 The pair has been dating for a while.

American music stars, Rihana and Asap Rocky are expecting their first child together.

Rihana revealed her baby bump for the first time in New York City over the weekend, where she wore an oversized long pink jacket that was unbuttoned at the bottom. The baby bump was adorned with colorful jewels and a gold cross. In one of the pair’s photos that were snapped in Harlem, Asap Rocky was seen kissing the 33-year-old singer on the forehead.

Recall that in May 2021, Asap Rocky told GQ about his affair with Rihana, referring to her as “love of my life”. While commenting on fatherhood, Asap Rocky said that starting a family is his destiny. In his words: “I think I’d be an incredible, remarkably overall amazing dad. I would have a very fly child.’’

In November 2020, after few years of friendship, a source confirmed to People that Rihana and Asap Rocky were dating. The duo sparked a romance rumor few months after Rihana split from her ex-boyfriend, Hassan Jameel, by featuring Asap Rocky in her Fenty Skin campaign. The lovers also did several interviews together.

During an interview with British Vogue in March 2020, Rihana hinted at the possibility of starting a family soon, stating that life is short.

“You don’t have a lot of time to tolerate, you know? You put so much on your plate. When you’re overwhelmed, you need to start cutting things out. And I’m overwhelmed too much. What’s happening now is that I’m going back to black and white. My gray area is shutting down,’’ the singer said.

Rihanna also revealed that she was ready to have children, even if she does not have a partner.