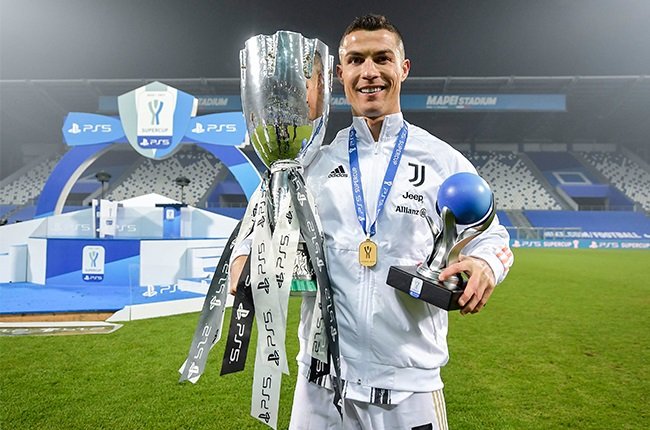 Football star, Cristiano Ronaldo, became the highest goal scorer in football history on Wednesday, January 20, 2021 after gifting Juventus the lead in their 2-0 Supercoppa Italianna trophy win against SSC Napoli in the 60th minute of the encounter. Ronaldo’s 760th strike meant he surpassed the record set by Josef Bican (759 goals).

At the age of 35, Ronaldo has not hidden his wish to play longer and has backed it up with decent performances for club and country. Ronaldo now tops the likes of football great, Pele, who sit third in the highest goal scorers chart with 757 goals, Romario is placed fourth with 743 goals, while Ronaldo’s long time rival, Lionel Messi, completes the top five with 719 goals.

Statistics obtained from Opta shows that Ronaldo scored 450 times for his former club, Real Madrid where he also won four UEFA Champions League titles, 118 goals for Manchester United where he won his first Ballon d’Or, 102 strikes for Portugal, 85 goals for his current club, Juventus, and five goals for Sporting Lisbon.

Ronaldo’s most remarkable scoring season is the 2011/12 season  with a total of 69 goals.